We established the Yunguilla reserve with the purpose of protecting the last remaining habitat of the Pale-headed Brushfinch (Atlapetes pallidiceps), a bird which for more than two decades was considered to be extinct. In 1998 a population of this bird was located by Niels Krabbe. Since then, and thanks to an active program to protect the bird population, the nesting pairs have more than doubled. 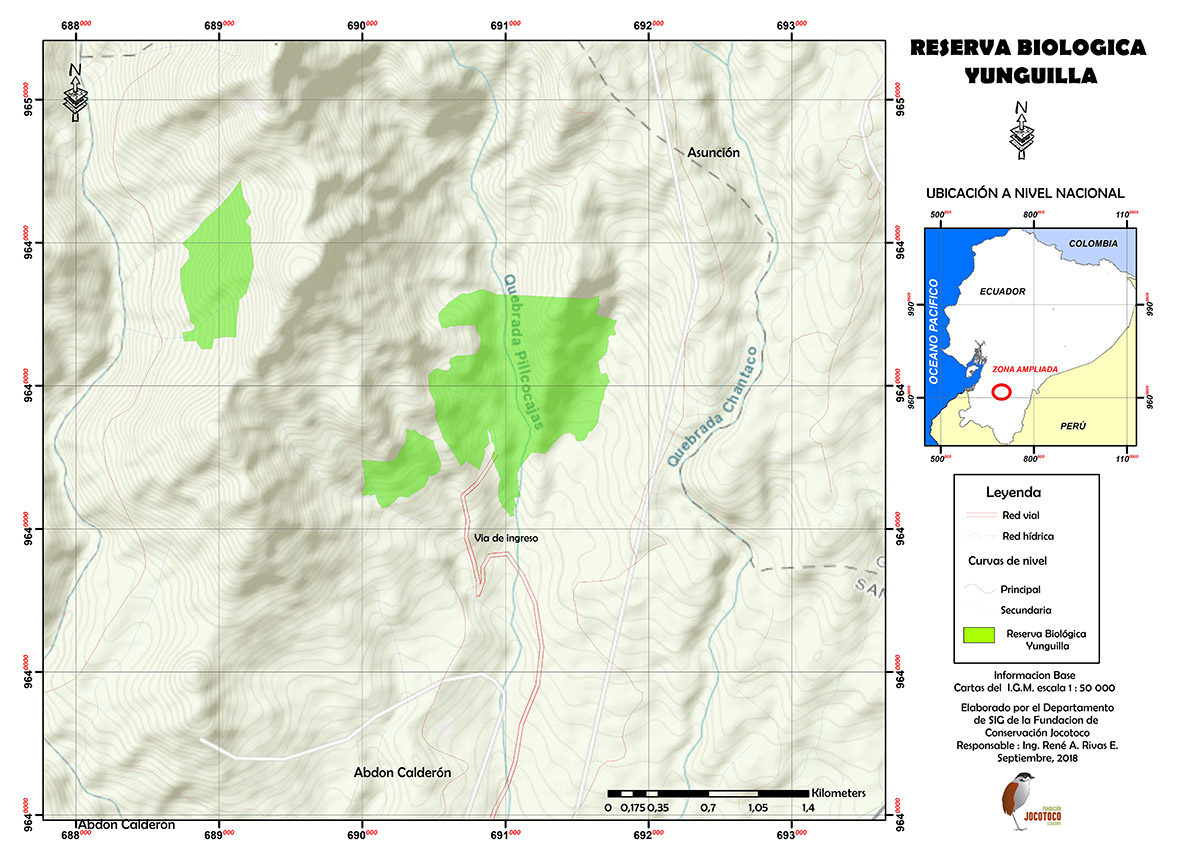 HOW TO GET THERE

The Reserve is located two hours southwest of Cuenca, along the Girón, Santa Isabel, and Pasaje highways. After reaching La Unión, you will see the "Monumento al Caballo" on the right side, and the center of the town is where you should go. You must continue along this road until you reach a small bridge, and then turn left and continue up until you reach Yunguilla Reserve.

In the reserve, it is possible to observe the Pale-headed Brushfinch, the Little Woodstar, the Black-and-white Tanager (a species considered threatened and that migrates from the Amazon), the Buff-fronted Owl, the Black-breasted Eagle, the Blue Seedeater, the Pacific Elenita, the Line-cheeked spinetail, the subspecies of Amazilia Hummingbird (Amazilia amazilia azuay), and the Rainbow starfrontlet (Coeligena iris hesperus), an endemic bird from the Cajas plateau that regularly visits the reserve.

There are two species of amphibians in the reserve, Gastrotheca and Pristimantis, that have not yet been described. Additionally, recent research resulted in the rediscovery of the Jubones' Ameivas, a reptile that has not been observed since 1960.

It is possible to observe the Pale-headed Brushfinch in the feeders of the reserve, and after walking 15 minutes on a path of low difficulty.

The expedition that helped find the Pale-headed Brush Finch was funded by the American Bird Conservancy and planned with the help of the Birdlife partner, CECIA (now Aves y Conservación).

This species prefers shrubby slopes with few trees and with the presence of bamboo. In the dry season it moves towards patches of humid forest, looking for water and shade. It has been sought in other areas of the valley, with favorable conditions, but it has been in vain. The small but growing population of this species in Yunguilla is the only one that still survives.