Through a bird identification program and training on reforestation, the aim is to create suitable environments for birds within coffee plantations.

Coffee producers will now be involved in research activities with migratory and threatened species, as well as joining a new reforestation project.

The first stage of the project was carried out in the Tapichalaca Reserve with a "Migratory Bird" workshop, where coffee farmers learned techniques for monitoring and identifying birds, as well as playback techniques to be able to call the birds. Binoculars and the field guide "Birds of Ecuador" were handed out to the attendees.

Another form of environmental outreach that Jocotoco has applied with the local farmers is Citizen Science, a fantastic tool for gathering relevant data on birds that can be seen in areas near the reserves. The support of the local people is crucial to fulfill these conservation objectives.

It was determined that at least 23 species of migratory birds from North America travel thousands of miles to spend the winter months in the Andes Mountains, south of Ecuador. Of these, 9 species can be found in Palanda, including endangered birds such as the Cerulean Warbler. In this region, Arabica coffee bean crops are very important and have traditionally been reducing the habitat for these and other animals.

In a long-term project, Fundación de Conservación Jocotoco, our international partners, and APECAP, seek to create a more balanced and healthy environment for native trees and birds, and and the same time boost the market opportunities for coffee beans produced by local farmers in fair-trade and environmentally responsible markets.

At the same time, the project tries to involve the younger people of each participating family with education and training, so as to make this project sustainable over time.

Fundación de Conservación Jocotoco and APECAP also joined together to carry out an ambitious reforestation project in the coffee producing areas. All the associated coffee-growing families are involved and each of them will plant at least 60 trees of different native species, many of them critical to the survival of the migratory birds. This process will benefit the environment as well as APECAP, since the latter must comply with organic certification regulations for the production of coffee, as well as to improve the quality of its coffee.

The project started the previous year and already 40 trees per family have been planted. 8,000 additional trees of different species will be planted until May 2019. Each tree will be monitored and maintained for a period of 3 to 5 years. Jocotoco and the association of coffee growers have an agreement in which they are committed to caring for and protecting the trees planted.

In addition, planting native trees such as Inga and Aliso increases the fertility of coffee plantations, since these species capture atmospheric nitrogen, and maintain a healthy balance in the ecosystem. Other species such as the Cedar produce a healthy vegetation improving the habitat of the birds and the quality of the coffee. Among the species selected for planting were: Motochina, Laurel, Avocado, Inga, Guallache, Bamboo, Lemon, Guava, Palms, Aguacatillo, Guayabo and Macadamia.

The restoration of the habitat in productive and protected lands is extremely important, the relationships formed and the trust developed with the local communities involved in this project has resulted in the beginning of a broad environmental awareness that is transmitted between generations.

Fredy Ramón / Leader of the Younger Generation in APECAP

In the project "Migratory Birds" I learned how to make bird sounds and I also managed to identify birds that come from other countries. And in the reforestation project, we started to plant native trees. Now many Hummingbirds and Tanagers come to the farm.

In the project "Migratory Birds" I learned to identify the birds by their proper names, I only knew them by our local name. And in the reforestation project we expect that the birds will stay thanks to the fruit of the trees that we are planting.

The project "Migratory Birds" was our first approach and helped to reinforce our association. The reforestation project helps to conserve the environment and the animals that are in this area.

Thanks to the project "Migratory Birds", I learned to identify the sex of birds, whether female or male. And in the reforestation project we are taking care of and protecting the soil from erosion, now I can see birds that I did not know before. 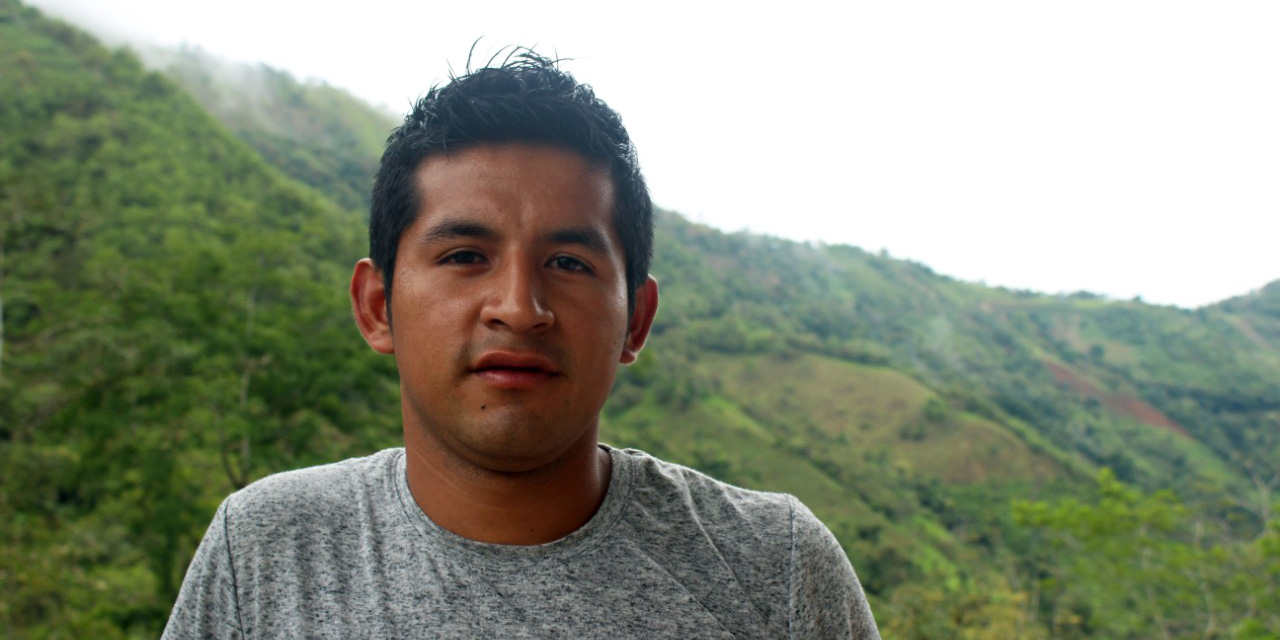